The atmosphere completely fitted the 'combative and tender' character which Joris Ivens noticed when he entered Vietnam in 1965. This spirit resulted in much press attention in newspapers and the national TV channels and inspired others to create new plans and projects about Ivens. The Symposium, organized by the Vietnam Film Institute in conjunction with the European Foundation Joris Ivens, started with the screening of the documentary Joris Ivens and Vietnam, made by the VFI. The inaugural session was opened by director Mr. Hung of the Vietnam Film Institute. The new Vice-minister of Culture of Vietnam attended this inaugural session as well as the Dutch Ambassador Mrs. Elsbeth Akkerman, who spoke about the importance of Ivens' filmwork. During the two days the passionate and emotional testimonies of the Vietnamese filmmakers war veterans were the most  impressive. Feature film director and peoples artist Mr. Bui Dinh Hac told stories about the dangerous situations in which The 17th Parallel was made and the courage of the cameramen.  Ms. Xuan Phuong, Ivens' personal assistance, told with her vivid memory anecdotes about  Ivens and the impact Ivens had on herself as well as the campaigns to support the Vietnamese in their struggle for independence. Well known film director Dang Nhat Minh explained why Ivens' direct film style influenced him and others in Vietnam.  Mr. Nguyen Nhu Vu, director of the documentary film studio, where Ivens worked at the time, had a scoop about the discovery in Paris of the most important film footage of the declaration of independence on 2 September 1945 by Ho Chi Minh, in which Ivens played a role. Film director, Mr. Pham Viet Tung, explained why the gift by Ivens of two film cameras supported the creation of the Vietnamese documentary film industry. Mr. To Hoang told in detail about the military circumstances in which Ivens made his film in Vinh Linh. Mr. Pham Hong Thang gave an overview of the history of Vietnamese documentary.

The diversity of subjects on which the international film scholars lectured, proofed again the scope of Ivens'film oeuvre both geographical as well as historical and artistic. The Komintern as an quintessential commissioner of a world style in documentary film classics on a world scale (Jane Gaines), the unfinsihed decolonisation of Indonesia (Ariel Heryanto), the relationship between the Western and Chinese Avant-garde (Luo Liang), the influence of Indonesia Calling in Australia (John Hughes), the interelationships between politcis and poetry in Ivens'film oeuvre (André Stufkens), the evolvement of solidarity between the Netherlands and Vietnam, starting with Ivens films (Ad Spijkers), and the role of gender, genre and technology in Ivens' Indochina chapter (Thomas Waugh).

Next to lectures the new documentary film Marceline. A Woman. A Century by film dircetor Cordelia Dvorak, was shown.

The VFI published a catalogue on Ivens, a booklet about the symposium and the book Joris Ivens and Vietnam. The sympsoium was covered by the national TV Channels in their news bulletins, in the TV Programme Culture Mosiac and the popular talkshow Talk Vietnam with millions of spectators.

A special thanks to Mrs. Hoang Mai (International department of the Vietnam Film Instute), Mr. Ad (Adrian) Spijkers (advisor of the Ivens Foundation and the MCNV) and his wife Loc Nhan (Nhan Loc Bui) who started this collaboration in March 2016 and spent much time, expertise and energy in the success of this partnership.

The item on Ivens of the TV programme Culture Mosaic:
https://youtu.be/yi4psTCMtNA?t=1367 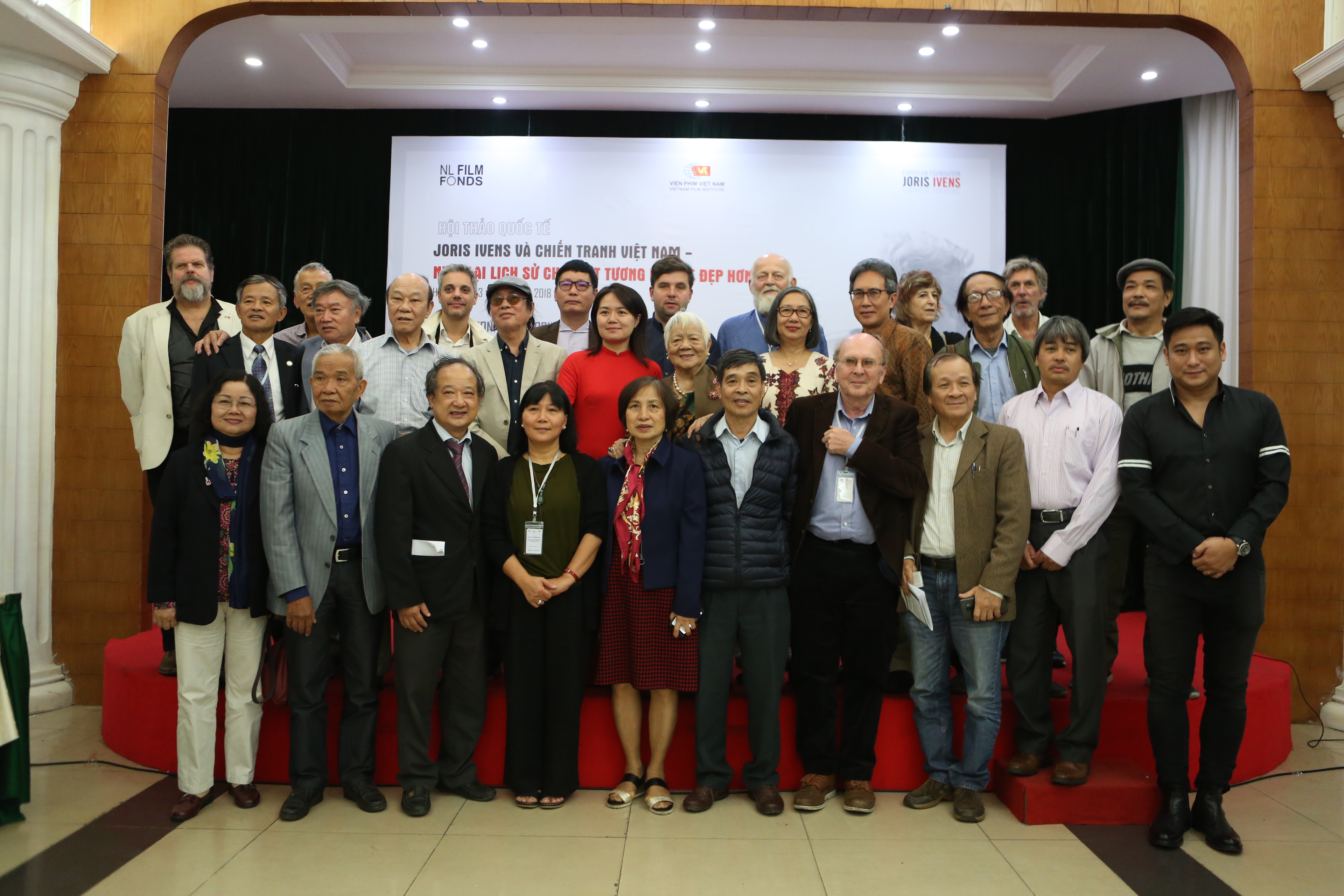 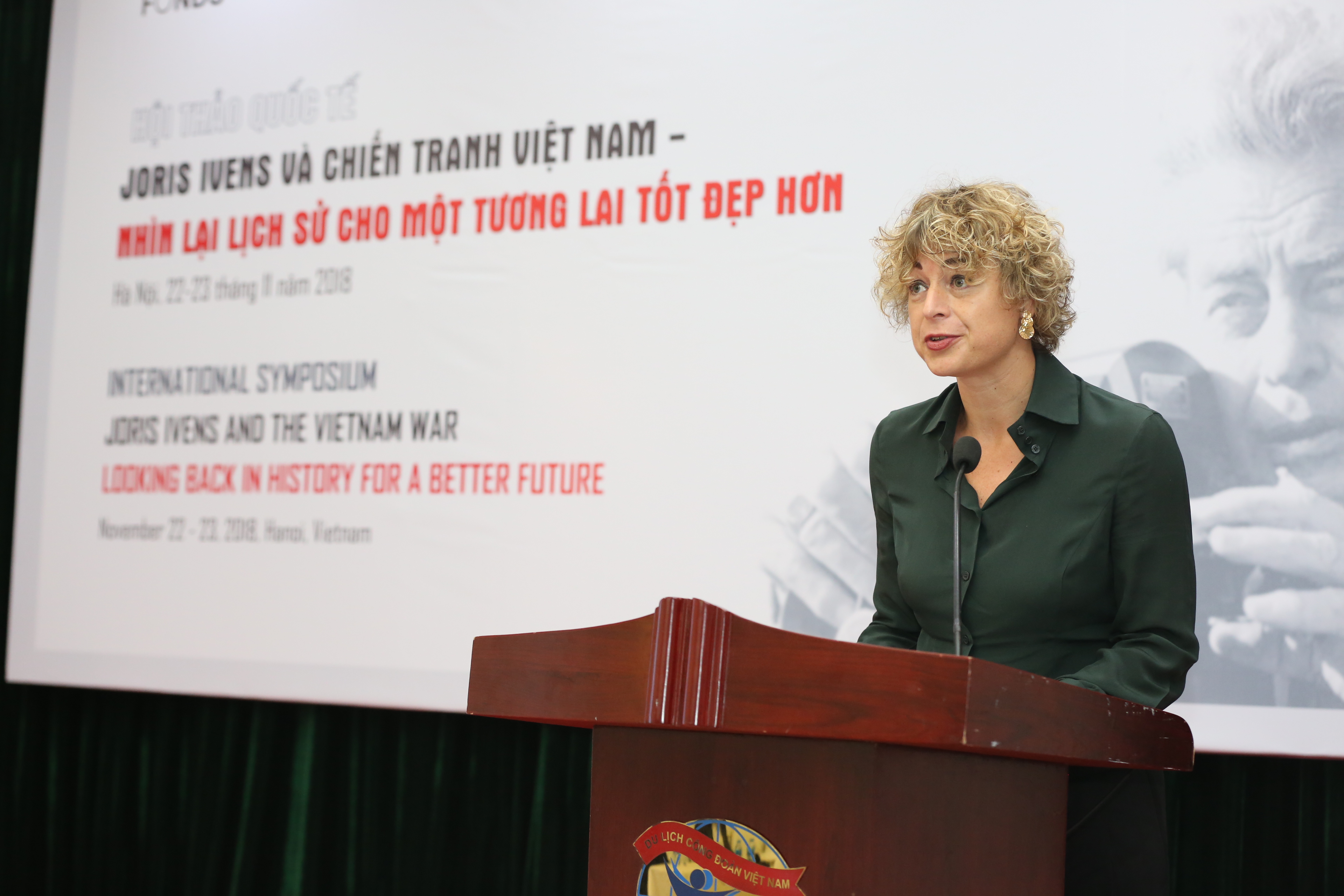 Mrs. Elsbeth Akkerman, ambassador of the Kingdom of the Netherlands, during her speech of the inaugural session of the symposium. 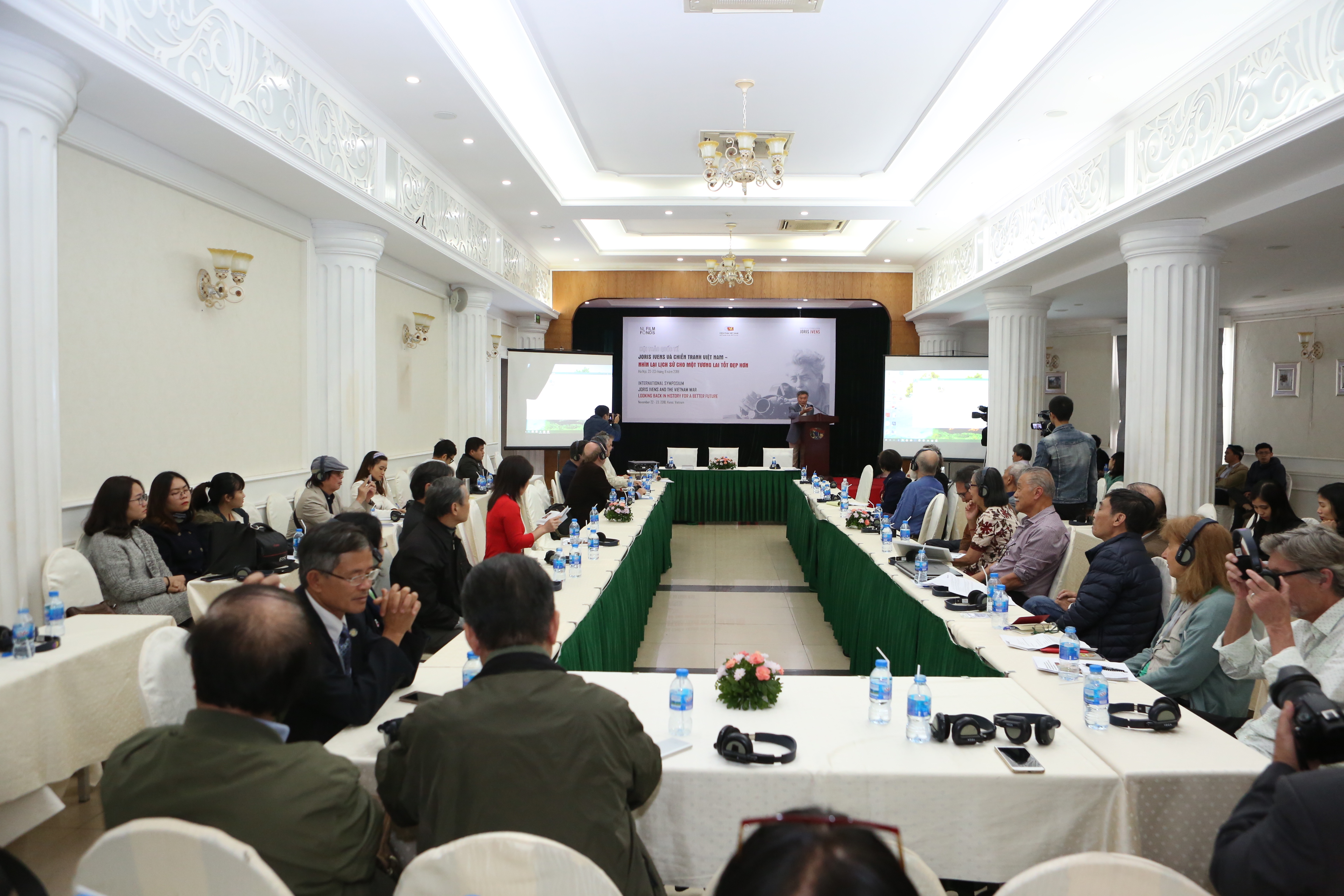 Next to the Vice-minister of Culture, Sports and Tourism in the middle sits the head of the International cooperation department, mrs. Nguyen Phuong Hoa and mr. Vu Nguyen Hung,
director of the Vietnam Film Institute. 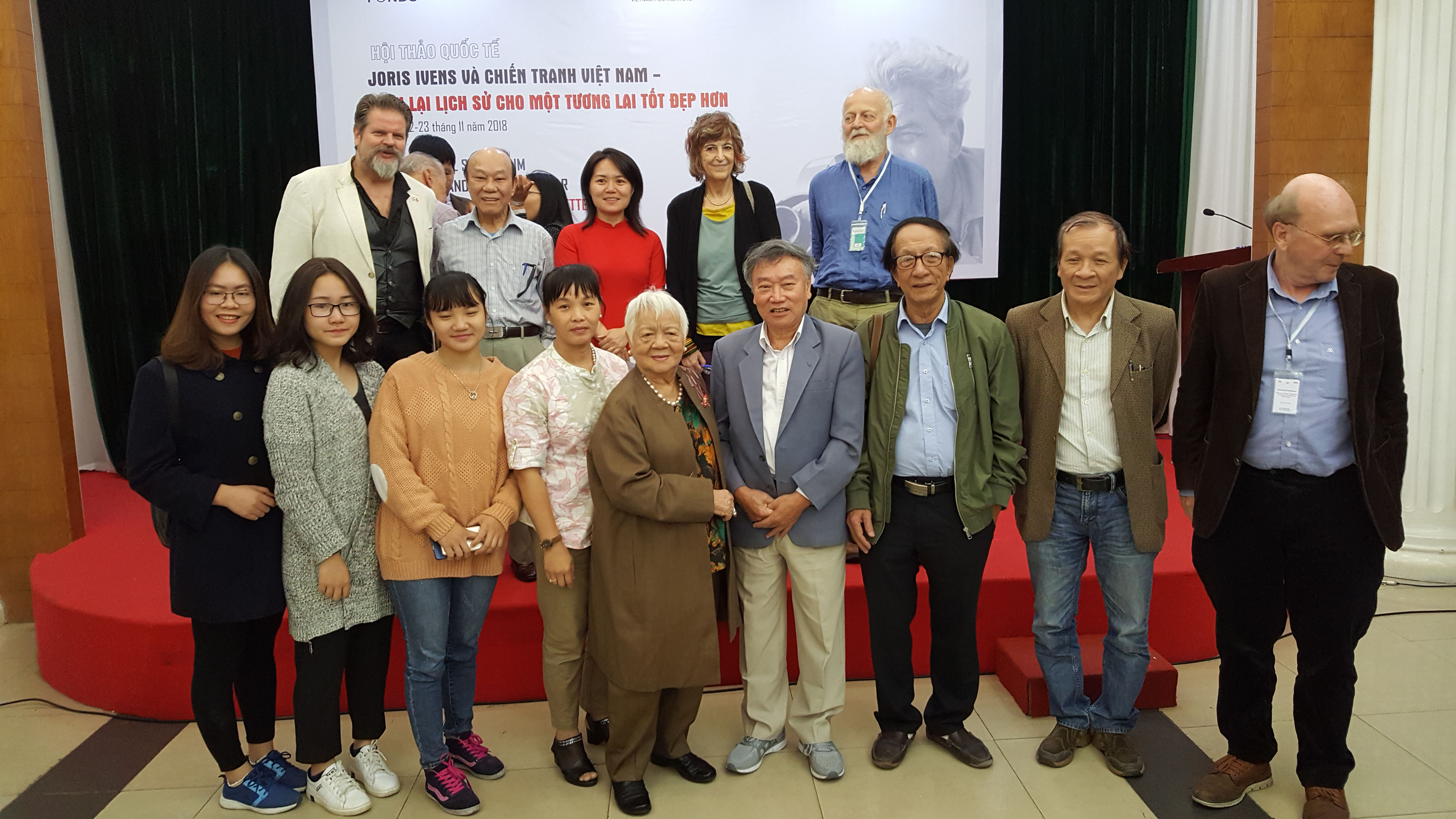 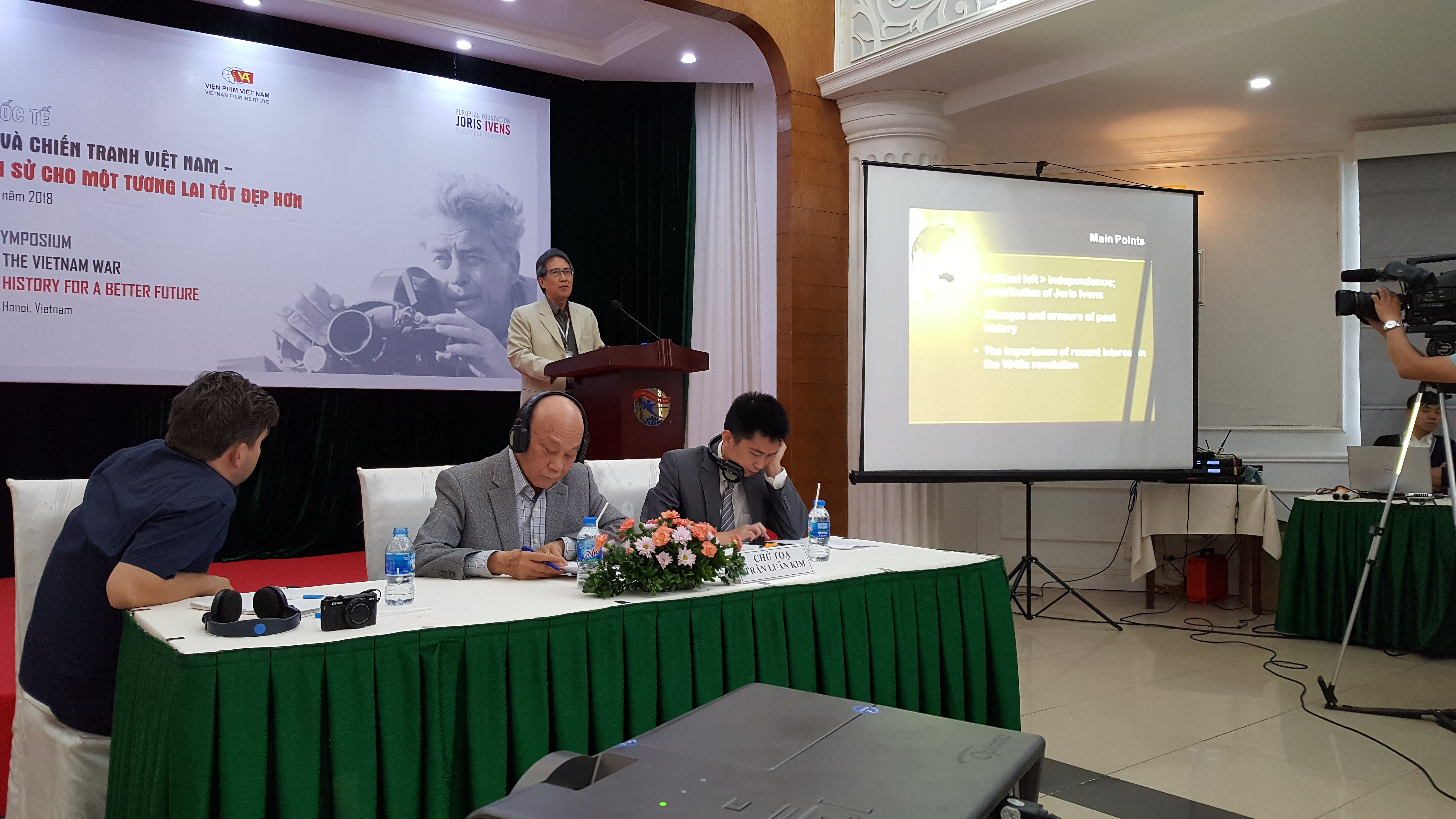 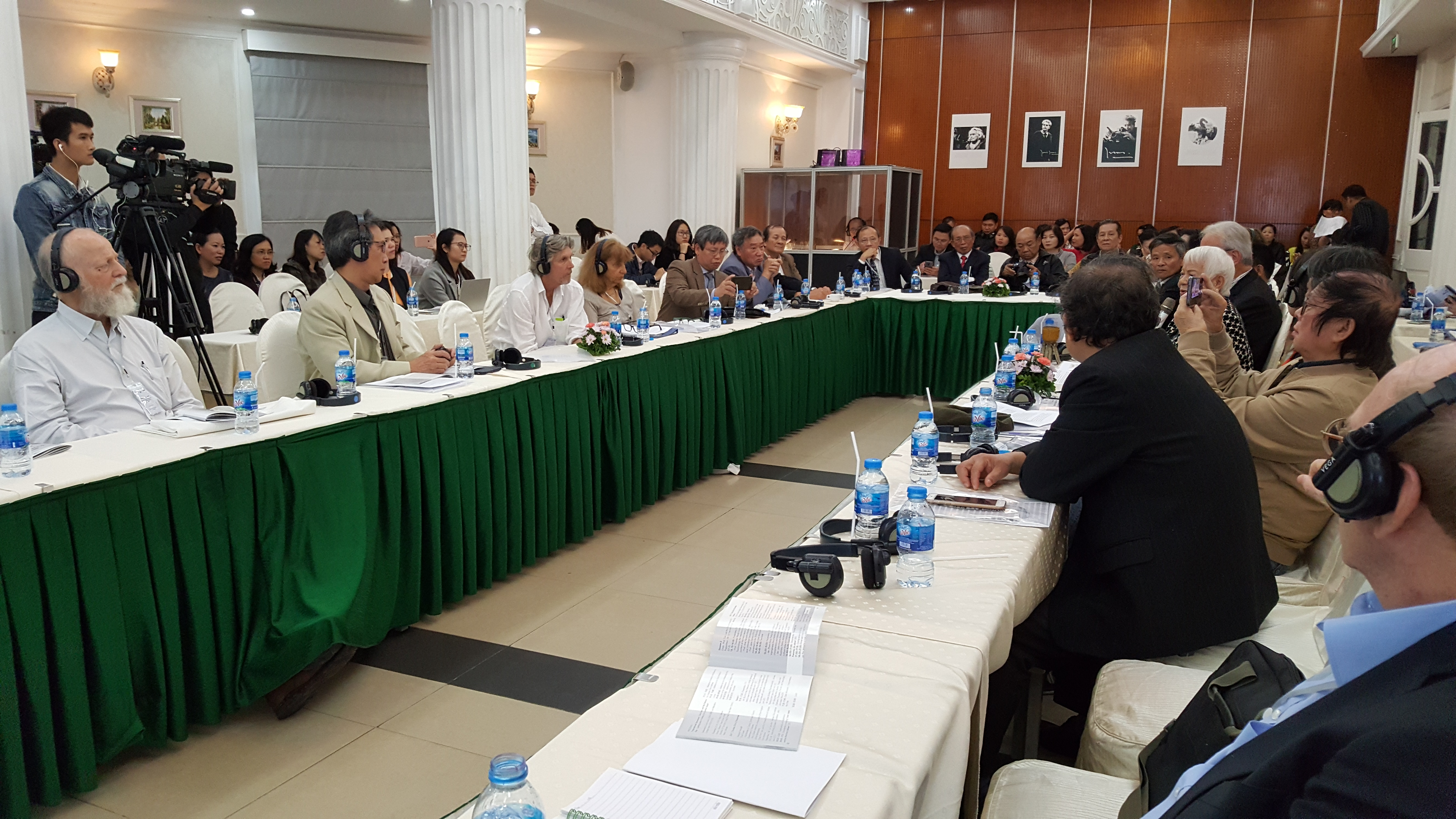 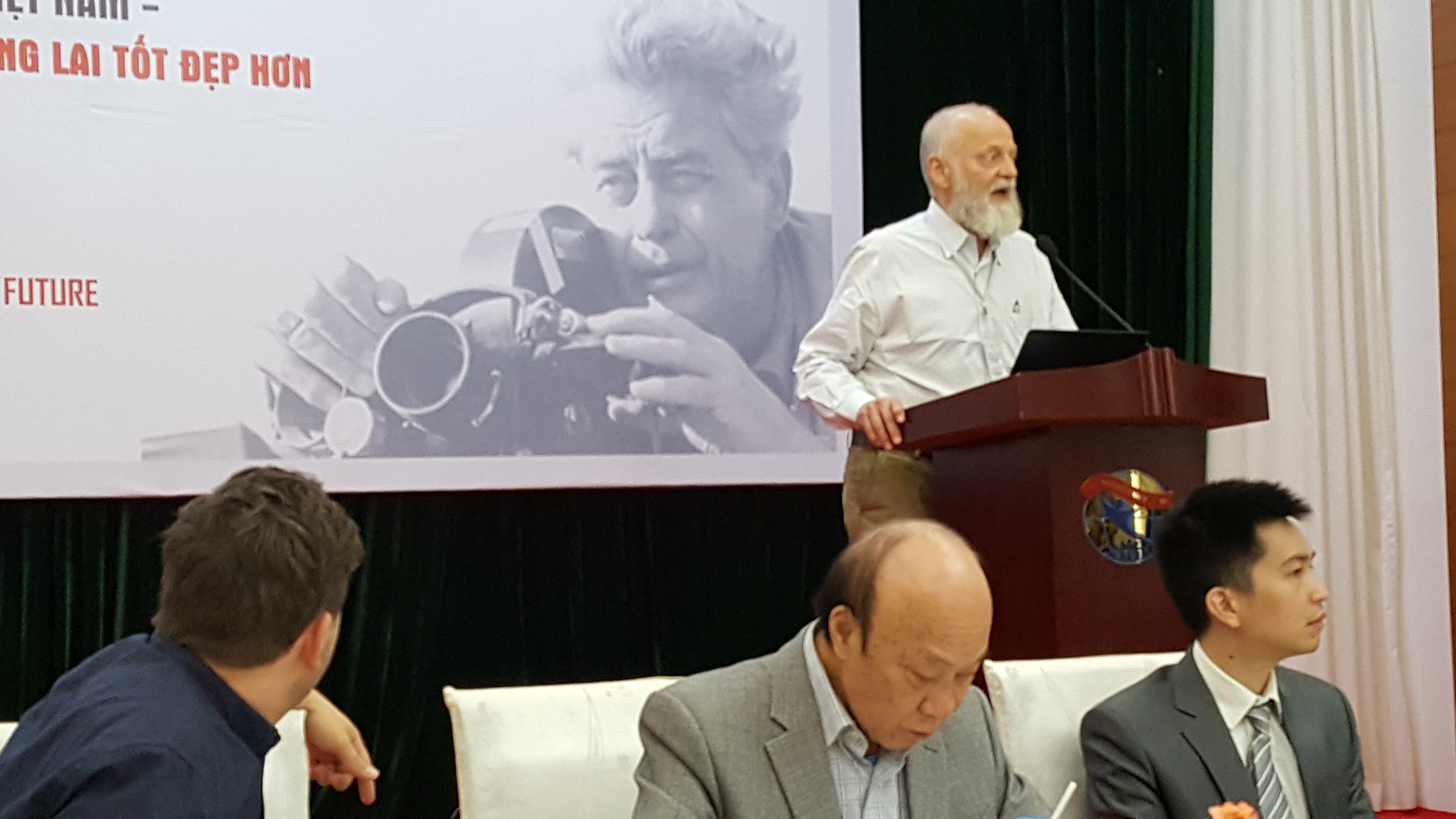 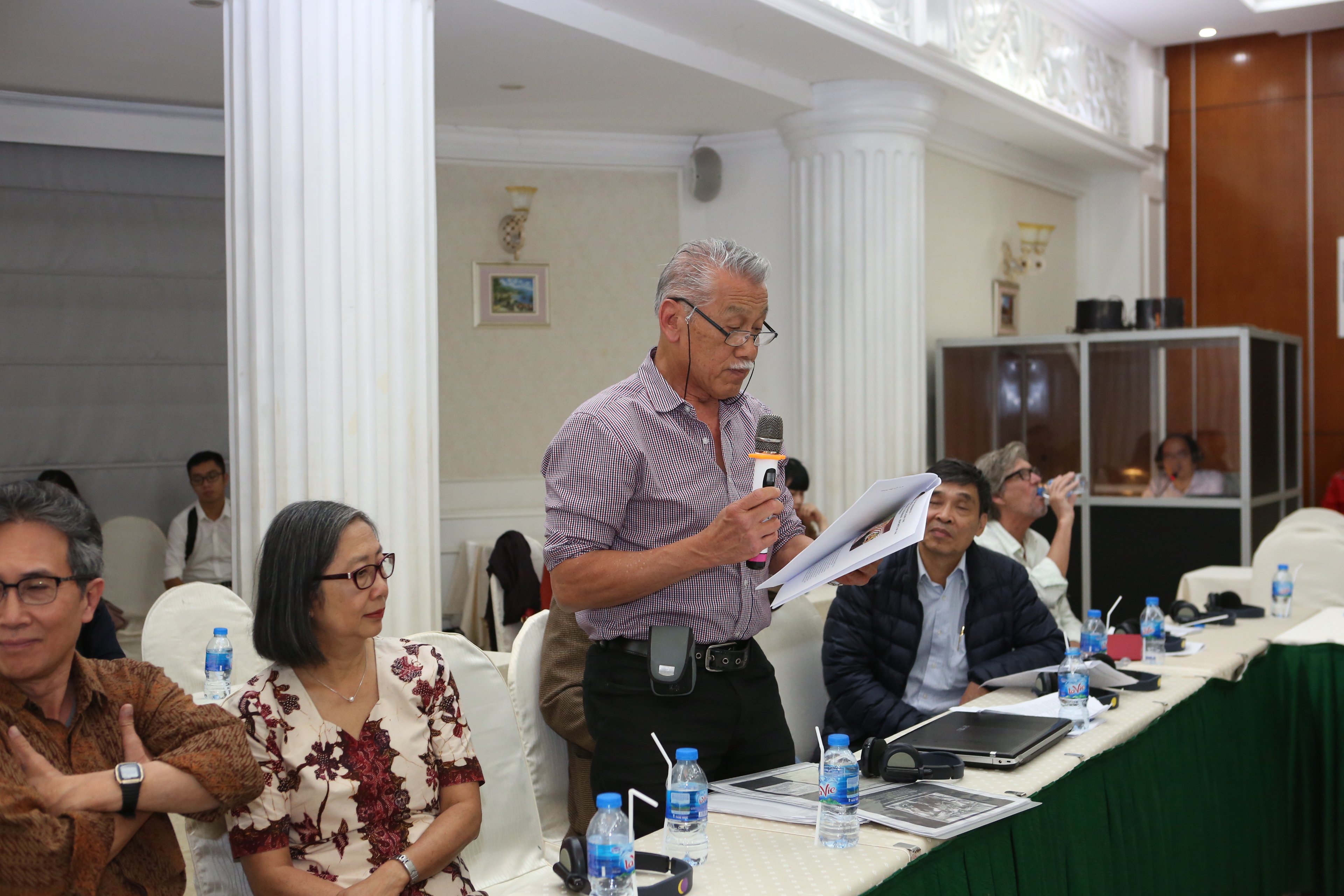 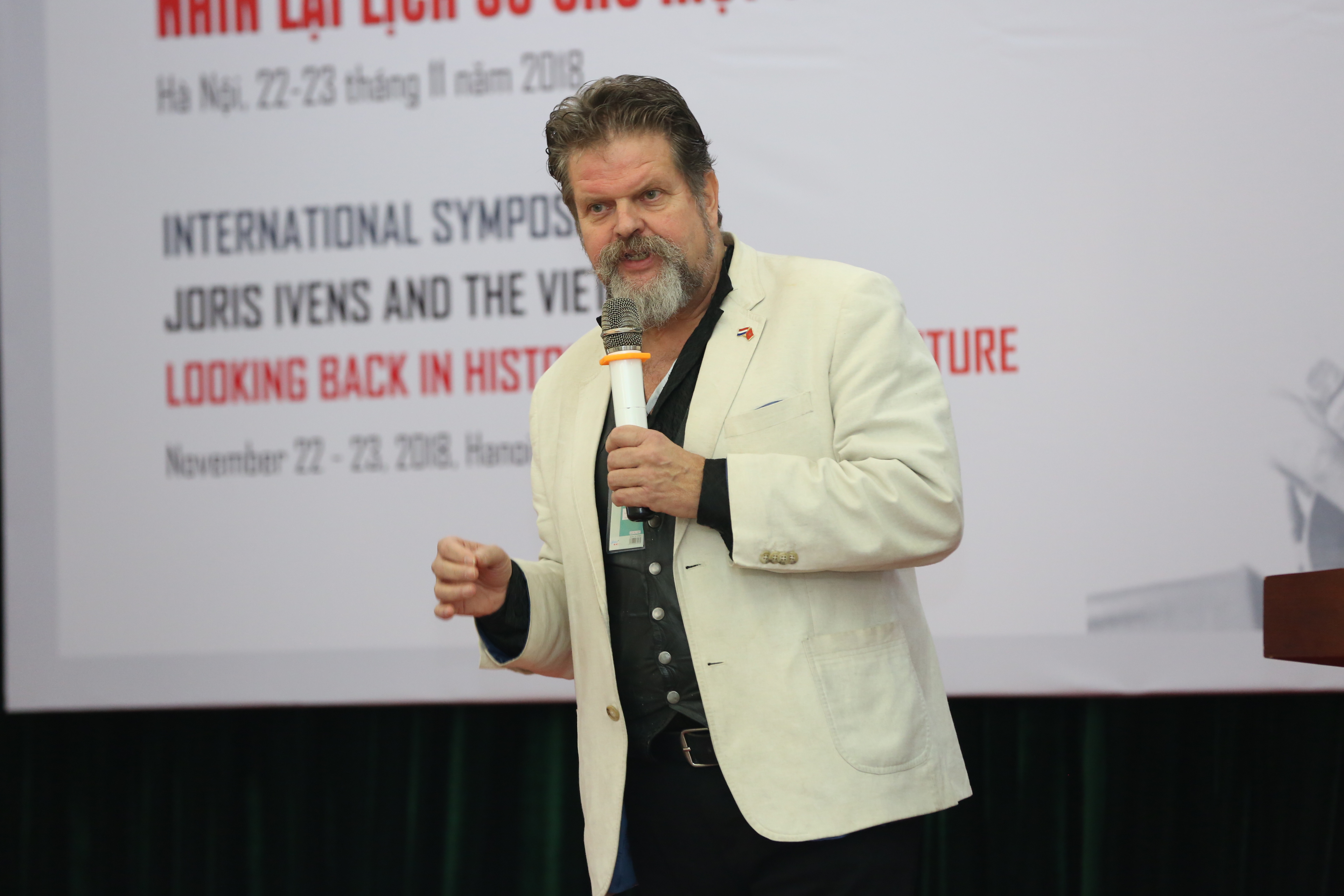 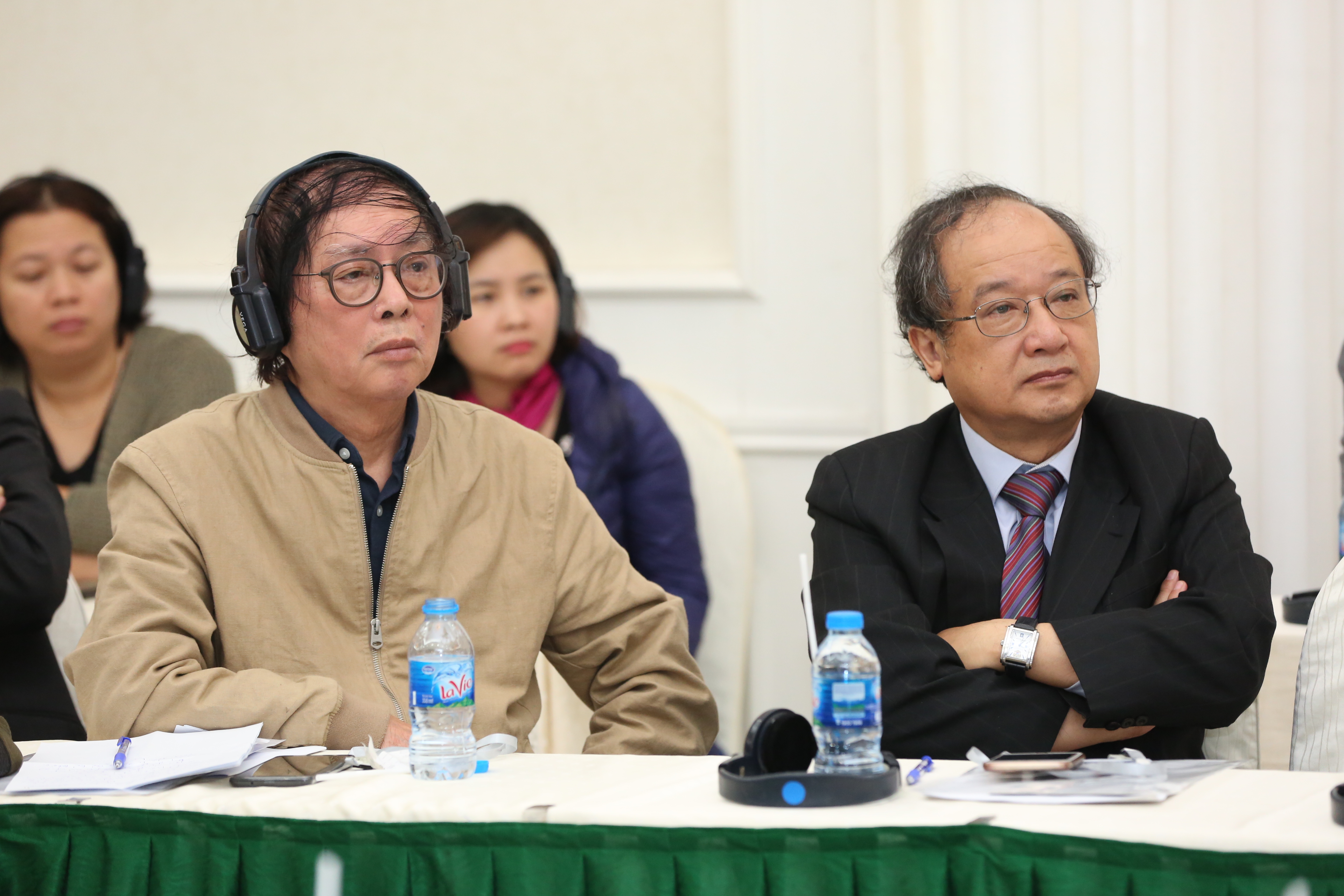 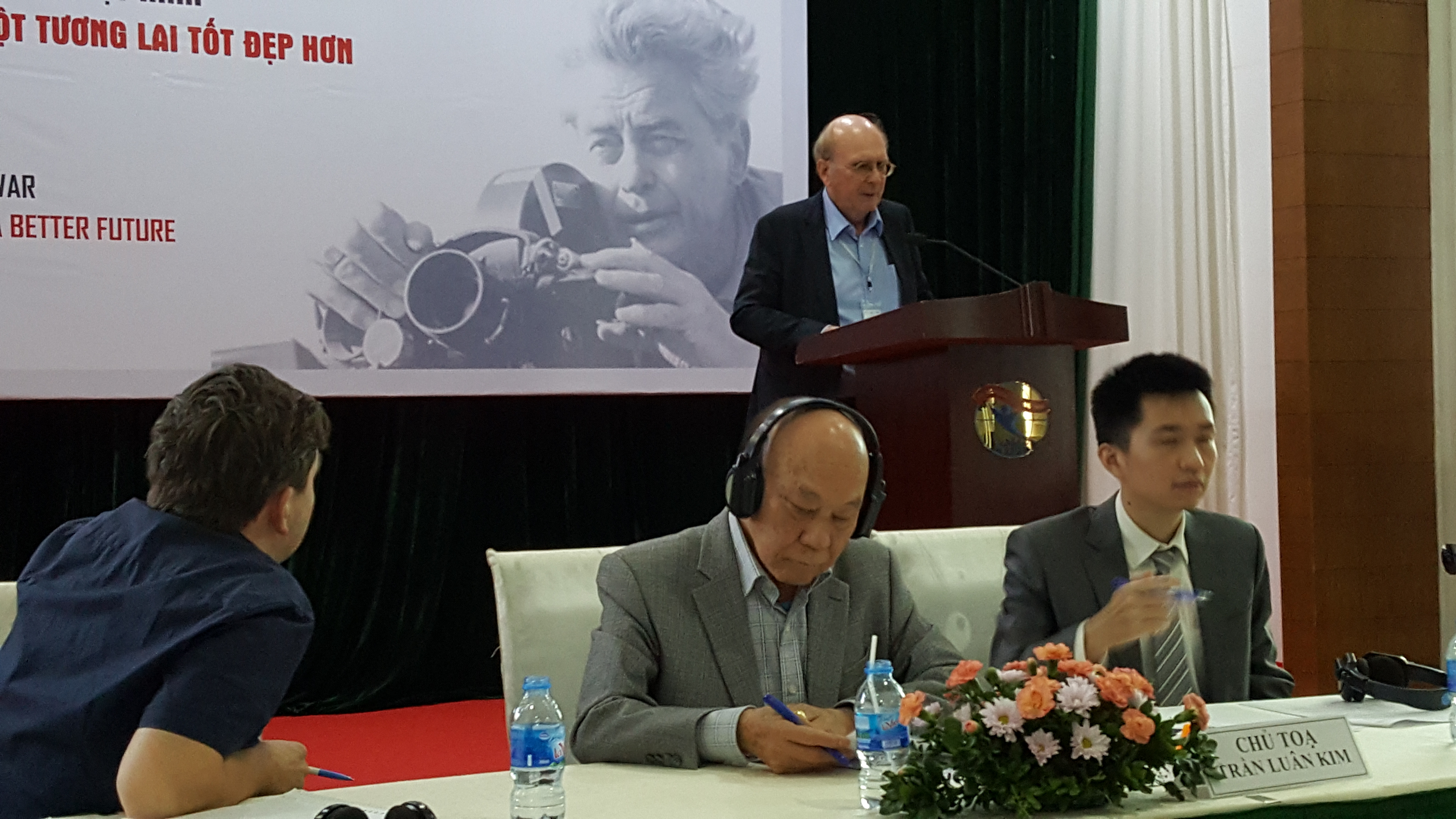 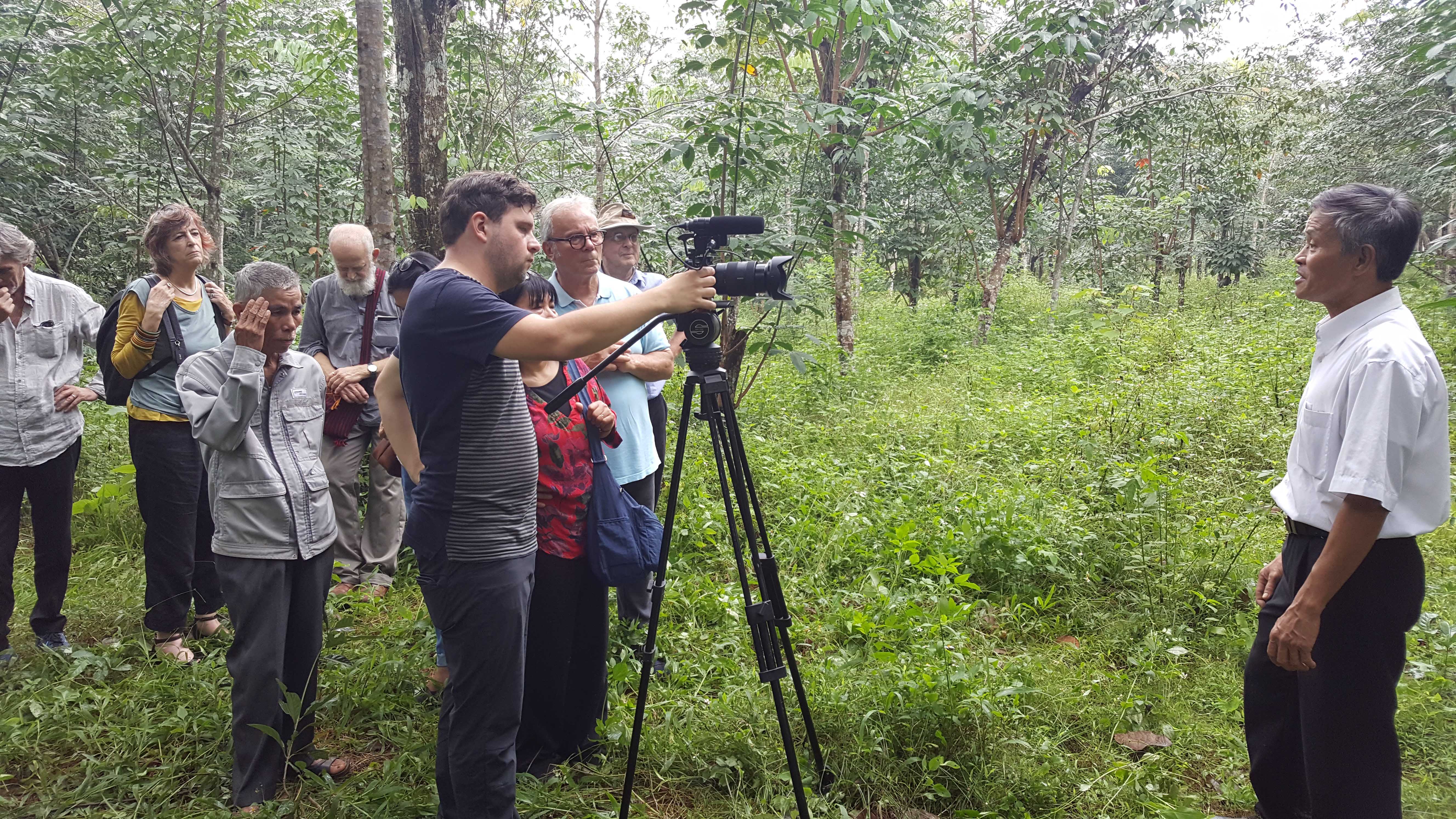 Filmmaker Harko Wubs (European Foundation Joris Ivens) filming Mr. Duc, who appeared in The 17th Parallel and tells about the underground tunnel in Vinh Linh
where Joris Ivens and his wife Marceline Loridan-Ivens stayed for five weeks in June/July 1967 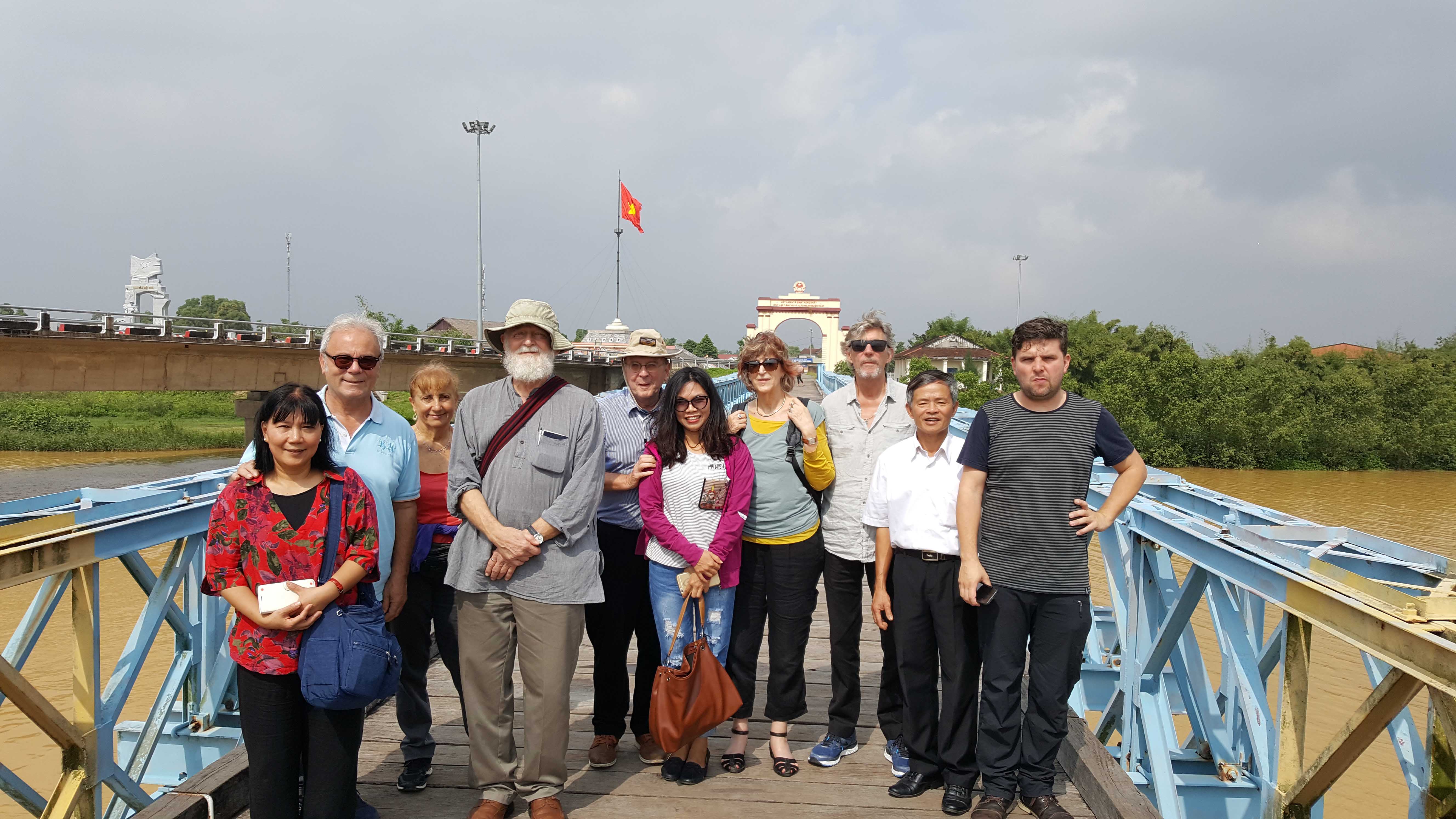 Group photo at the Hien Luong Bridge, the border between North- and South Vietnam during the American War. This bridge in the DMZ (Demilitarized Zone, which was in fact the most devastated and bombed area), can be seen in the opening sequence of Ivens' The 17th Parallel as well as the flag at the background.