Chiara Bonfiglioli recently published her splendid book chapter about the DEFA filmproduction Die Windrose (1957, The Compass Rose) of which Joris Ivens was supervisor. ‘Die Windrose is a significant example of cross-border cooperation and provides important insights on the internationalists networks that developed after 1945 between Western-Europe, the Soviet Union and the Third World.’

Extraordinary women like Marie-Claude Vaillant-Couturier , Helene Weigel and Simone Signoret play an important role in this film as well as grassroots activist women organisations. In five episodes shot by five different directors in five countries, Brasil, China, Soviet Union, France and Italy, this documentary focuses on the struggle of women around the globe. It was commissioned by the Women’s International Democratic Federation (WIDF), a left wing, anti-fascist women’s organization founded in 1945 in Paris. Although discredited and marginalized as a result of the US House of Un-American Activities (HUAC) , this WIDF was much more diverse in its political agency. ‘In fact, it included women’s organizations from the First, Second and Third World, and saw the participation of a number of notable feminists and women’s right activists.’ The secretary general of the WIDF was Marie-Claude Vaillant-Couturier, one of the first female photojournalists, during WO-II engaged in the Resistance until her deportation to Auschwitz, Birkenau and Ravensbruck. After the war she became a high-ranking politician of the French Communist Party. After seeing his Song of the Rivers (Lied der Ströme, 1954) Vaillant-Couturier contacted Joris Ivens and asked him to produce something similar about women’s lives around the world.
Chiara Bonfiglioli, a graduate of Utrecht University, former researcher in Croatia and currently lecturing Women's Studies at University College Cork,  found out that in the preparatory phases of the movie Joris Ivens and his team asked in various countries for footage about women’s lives and mobilizations. Not only the five countries which were included in the final cut, but besides these also in among others Japan, the United States and India. For instance from the US Ivens received a report concerning political campaigns that included the election campaign of Charlotta Bass, the first African American to run for vice-presidency in 1952, the murder of Ethel Rosenberg and the case of Rosa Lee Ingram, a ‘Negro mother sentenced to life imprisonment because she defended herself against the attacks of a white farmer.
Bonfiglioli argues that the WIDF wanted a specific framing, on the one hand, women’s oppression in capitalist and colonial countries, and on the other, women’s fulfilled lives in socialism. The five episodes, shot by local directors and cameramen, were done in a fictionalised manner, either in a socialist-realist style or neo-realist style. ‘Issues of welfare and social rights were at the core of the movie. Social motherhood, meaning the idea that the state had to provide adequate welfare services for mothers (particularly working mothers) and children was central to WIDF-campaigns in the mid 1950’s. In 1955, the WIDF organized the World Congress of Mothers in Lausanne, where maternalist narratives related to women’s role as peacemakers found expression not only among communist and socialist women, but also among Christian and liberal women’s organizations.’
The message that the WIDF wanted to transmit with of the Compass Rose was that ‘women’s interests and problems are the same across the world, but only socialist countries have managed to resolve the conundrum of women’s emancipation.’ In the film Helene Weigel, actress and co-founder  of the Berliner Ensemble, introduced the filmic mosaic of five stories by pointing at the five countries on a spinning globe.
After a complex production with several delays, the film was premiered in Helsinki in the summer of 1957. ‘Its reception was negative, even among WIDF-members themselves, who expected to see a more authentic and less propagandistic account of women’s struggles across the world. The critical commentaries proof that the WIDF was far from homogeneous and different opinions coexisted.’ The hegemony of the Soviet Union was contested and Asian and African delegations played an increasingly prominent role.’ The Brazilian delegation condemned the Brazilian episode claiming that the movie’s emphasis on extreme poverty could not be taken as representative of Brazil’s overall economic situation.
The Italian episode directed by Gillo Pontecorvo received highest praise for its authenticity, he was able to make a quality movie despite the low budget. Working with non-professional actresses, the local trade union and politically engaged volunteers he succeeded in filming the occupation of a factory in Prato in a convincing way. ‘Giovanna’ is the first movie that portrays women as direct protagonists of a working-class struggle, Bonfiglioli concludes.
That’s why especially this part still is being shown in Italy. Since 2000 a restored version started to circulate during trade union events, proving that the theme of women’s labour and citizenship maintains its urgency six decades later. Bonfiglioli: ‘In the meantime, gender studies scholars have started to re-evaluate post-war and Cold war women’s movements in 20th century Italy. The making of Giovanna points at the complexity of Cold War imaginaries and organizations such as the WIDF as agents of social transformations in the field of women’s rights.
According to Dr. Celia Donert (University of Liverpool): ‘The transnational circulation of ideas about women’s equality during the Cold War may at times have been motivated by solidarity between women as women across geographical and geopolitical divides, but was more often hemmed around by national loyalties, ideological cleavages and painful personal decisions.’ Bonfiglioli: ‘Between East and West, grassroots movements for women’s equal rights coexisted with top-down state socialist propaganda proclaiming women’s full emancipation in socialism. Women’s political subjectivities, loyalties and agency during the Cold War era must thus be understood within this complex historical and geographical framework.’ 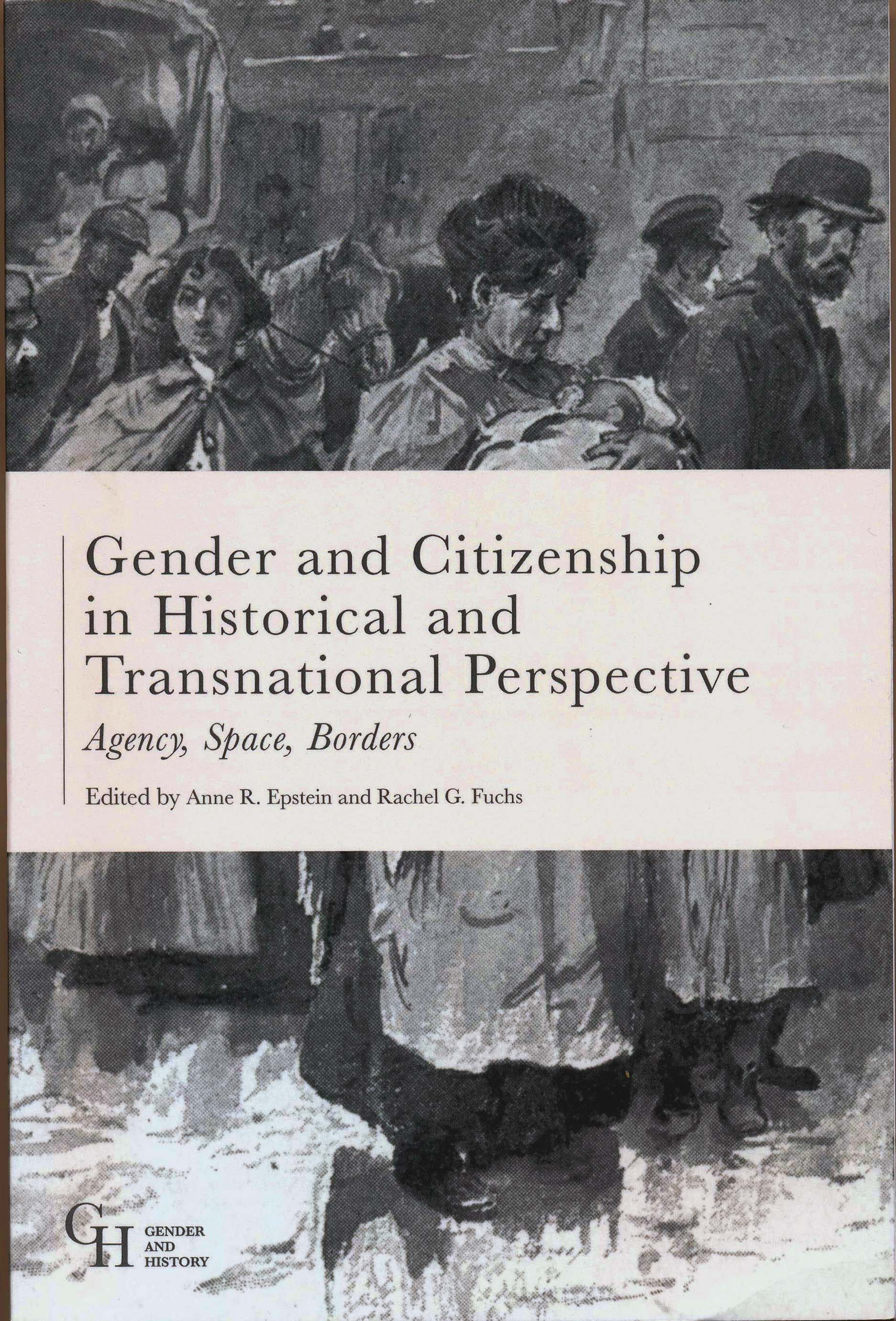 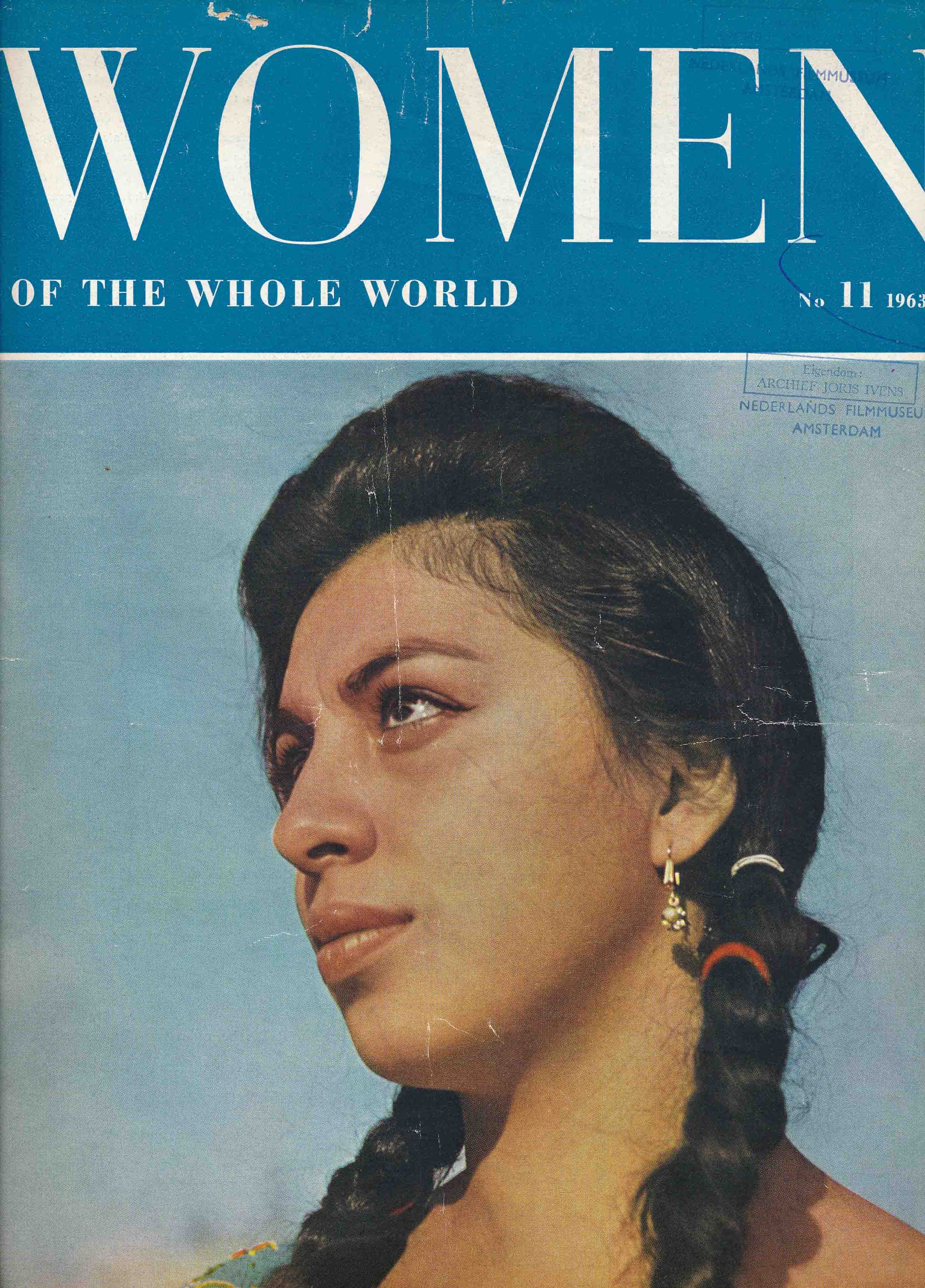 Magazine of the WIFD (Women’s International Democratic Federation), 1963, with an article about 'the authentic films of Joris Ivens' by Hans Wegner.