A rare, unique icon of documentary film: Joris Ivens’ Song of the Rivers (Lied der Ströme, 1954) is published on DVD by Absolut Medien in Berlin and can be ordered on-line. This landmark in compilation film was seen by 250 Million people at the time, but the opportunity to see the film nowadays is scarce. Ralf Schenk, director of the DEFA Foundation in Berlin and board member of the Ivens Foundation decided to publish this fresco about the labour movement on the river banks of six major rivers at the same moment as Günter Jordans book on Ivens will be published (November 2015).

The various faces of Song of the Rivers
Song of the Riveris a complete unique multifaceted art work with a megalomaniac production, a never  seen global approach using film footage shot by dozens of filmmakers on five continents forerunning the coming of television-satellites, with ideological pretences during the peak of the Cold War overshadowed by a constant and real atomic threat , with a milestone in the compilation film mode, with a worldwide dissemination reaching 250 Million people, confronted by censorship in the US and many other Western countries and created by the fine-fleur of left wing artists.
Although not as popular and well known Ivens' documentary film is the cinematographical and Communist counterpart of the famous photo exhibition 'The Family of Man', which was opened half a year after the film premiere of Song of the Rivers in September 1954.

American film scholar Charles Musser from Yale University lectured about this film at the occasion of the Ivens retrospective in 2002 organised by the Ivens Foundation in the Walter Reade Theater of Lincoln Center in New York and wrote afterwards a splendid article in ‘Cinémas’, the Canadian film magazine, exploring the fascinating aspects of Song of the Rivers:

‘Although produced by the DEFA Studio for Newsreels and Documentary Films in East Germany (DDR), Lied der Ströme (Song of the Rivers) was funded by the communist-led World Federation of Trade Unions. “The third World Trade Union Congress organized in 1953 by the World Federation of Trade Unions (WFTU) is of course the basis of the film,” remarked WFTU general secretary Louis Saillant. Some of the film was shot at the WFTU conference in Vienna, which opened on 10 October 1953, but the bulk of the material was shot around the globe. A host of international left-leaning stars participated in the film’s production. American performer Robeson and Dutch filmmaker Ivens were joined by German writer Bertolt Brecht, Russian composer Dimitri Shostakovich, French writer
Vladimir Pozner (an old friend and collaborator of Ivens, Robeson, and Brecht), and Spanish artist Pablo Picasso (with whom Robeson had recently shared the International Peace Prize).
This international band worked with an array of mostly anonymous camera operators from all over the world: 32 in all, said to be from 32 different countries. The marquee artists were complemented by a group of political leaders who appeared in the film, many of whom had been jailed or encountered other forms of repression. Its staff of anonymous craftsmen likewise had their counterparts in the rank and file of ordinary working people depicted in the film. Whether stars or foot soldiers, all were united in the struggle to achieve justice  and revolution.  Although Song of the Rivers had its initial premiere in Berlin at the Babylon Filmtheater on 17 September 1954, Ivens continued to refine the documentary long after that date. Before postproduction was completed, the filmmakers had generated at least 18 versions of the film in many different languages.

According to some sources,  Song of the Rivers was eventually shown to more than 250 million people. Its immediate subject is the struggle of oppressed peoples throughout the world as they organize, attend the third World Congress of Trade Unions, and seek to overthrow Western capitalism in pursuit of a socialist utopia. The film is much more than an oversized news account of its subject. The first lines of narration, recited over scenes of massive construction projects, are: “Aye, but man can yet be the master. By the power of his strong right arm and his intelligence.” The film is fundamentally a celebration of humanity’s ability to transform the natural world. The efforts the World Congress of Trade Unions are part of a larger effort to bring this labour and intelligence fully to the fore.’

Information about the DVD, see
https://absolutmedien.de/film/4040/Lied+der+Stroeme 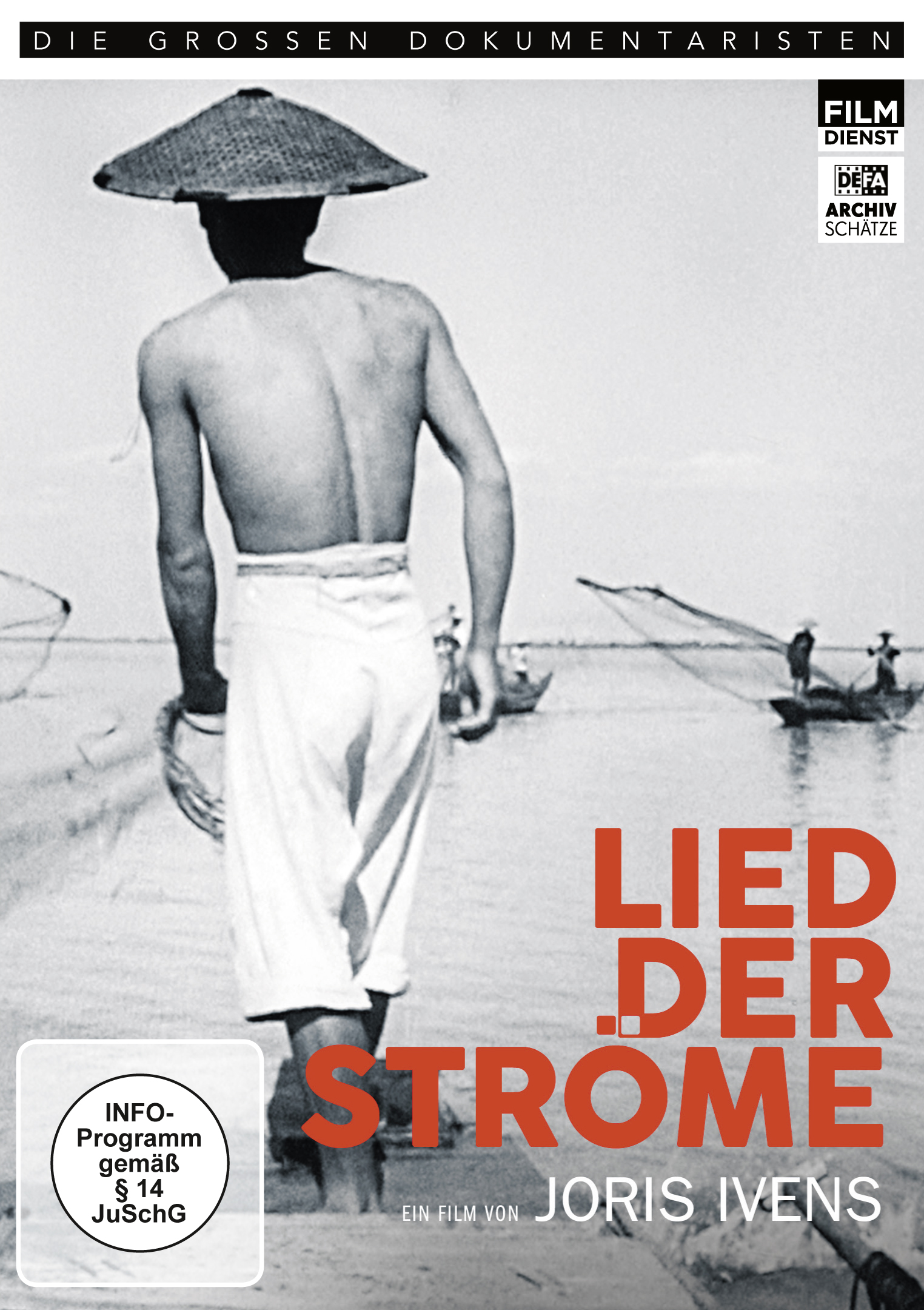