The son of documentary filmmaker Leo Hurwitz created a beautiful website about the films of his father. Most of his unique social documentaries are available on-line now and proof their current value. Joris Ivens used excerpts from Hurwitz’ films in at least four of his documentaries, like the wellknown and shocking ‘looting & shooting’ sequence of policemen against steelworkers on strike in 1993 in Ambridge. https://leohurwitz.com/ 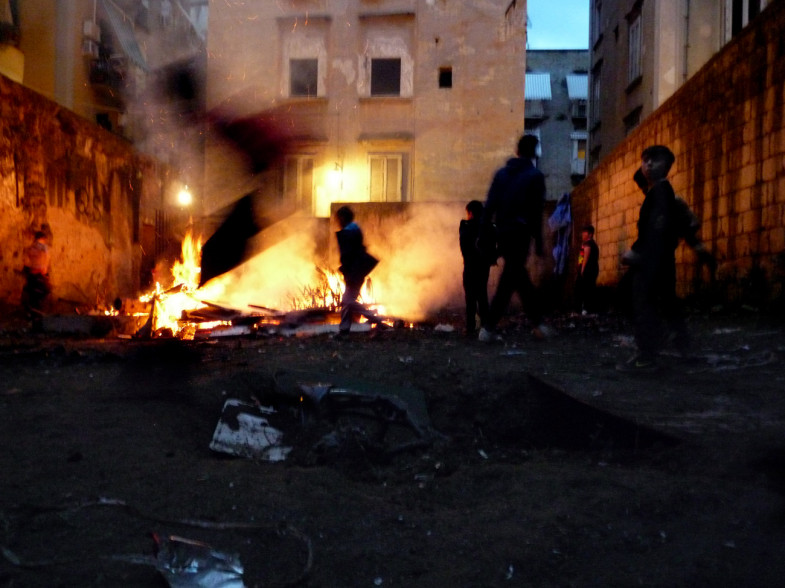 This award is for the best first or second film of a filmmaker. and supported by Marceline Loridan-Ivens and Les Amis du Cinéma du réel. The film made by Cyop&kaf is about a group of Neapolitan childrens, who roam he city in search of Christmas trees. They pile up their mysterious collection in an abandoned courtyard in the Quartieri Spagnoli.

With or without needles, dry or still green, pulled out of dustbins or “reserved” well in advance with janitors — in the streets of Naples, a group of kids recovers Christmas trees once festivities are over. As tireless and busy as the kids, the film reproduces this hyperactivity, which seems even more intense given that their booty is meagre, unwonted — unsellable. The exuberant vitality of The Secret centres on a place they call “the secret” and which they jealously protect against other groups of collectors. The empty lot in the Quartieri Spagnoli is the site of a building demolished in 1993 and never rebuilt. Their padlocked metal gate looks less like the entrance to a squat than the portal to a medieval ghetto, but their determination to keep the place is a matter of territorial reappropriation — a political gesture. Though we learn the ritual destination of the collection at the end, the framings that espouse this “baby gang” and the story without commentary are part of an anthropological approach that is only a small, circumscribed dimension of the film — a coda, not the body of The Secret. Its vital centre lies somewhere between the repeated scraping of tree carcasses against the old district’s steep flights of steps and the music of Enzo Avitabile, which arrives at just the right time. “And besides”, the epilogue taken from Don DeLillo’s Cosmopolis mysteriously asked “how can you translate sounds into words?” (Charlotte Garson)